Can Capitalism Be Compassionate? 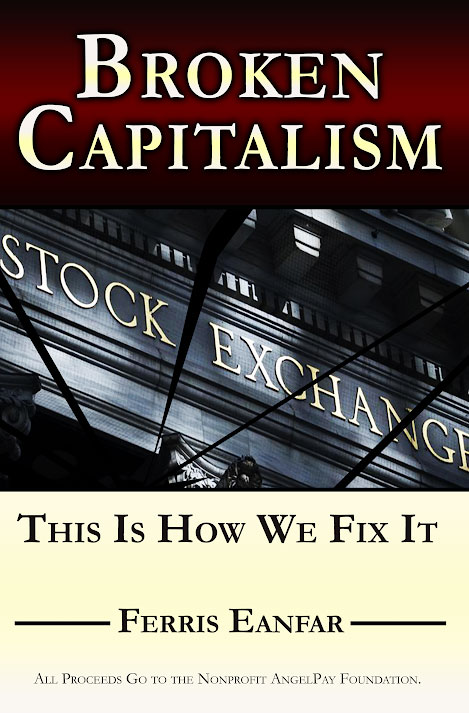 – The global economy can be confusing and terrifying. Financial experts, policy makers, and everyday citizens want to know: How will government policies impact our families and what can we do about it?In his recent book, "Broken Capitalism: This is How We Fix it," Ferris Eanfar explains the state of the global economy and its key problems in a straightforward, accessible style."When the 10 largest corporations on Earth have more combined economic power than 92 percent of all countries on Earth combined, the 50 largest financial corporations control wealth equal to 90 percent of Earth’s GDP [gross domestic product], the richest 1 percent of humans have more wealth than 99 percent of the world combined, and the eight richest humans have more wealth than the bottom 50 percent of Earth’s entire population combined . . . it’s safe to say humanity is in trouble," Mr. Eanfar says.Mr. Eanfar’s work is based on over 20 years of unique experience in economics, financial technologies ("FinTech"), blockchain/cryptocurrency development, artificial intelligence, and military and government affairs.Three key points in the book deal with issues of defining value, following a vision, and managing innovation.Value: Mr. Eanfar notes that money is not value itself; it represents value. Rather than focusing on money alone, he advises organizations to focus on theway value flows through their stakeholder ecosystems, which benefits all parties in the long run.Vision: "In business and in life, having ‘vision’ is about accurately assessing current reality, defining steps to achieve specific goals, and building a bridge between vision and reality based on discipline and effective execution," says Eanfar.Innovation: Artificial intelligence, cryptocurrency, and other technological innovations can be used for good or ill. Mr. Eanfar dedicates a chapter of the book to the impact of artificial intelligence [AI] on government and the economy."When lightning-fast A.I. controls the political and economic apparatus of countries through their automated manipulation of social media and web-based information channels, humans won’t be able to easily differentiate between policy outcomes that serve their interests and policy outcomes that serve those who control the A.I. and their political patrons in the government," he says.For more information about the book, visit: https://Eanfar.orgMr. Eanfar is also on Twitter: https://twitter.com/FerrisEanfar (@FerrisEanfar)All book sales proceeds support the nonprofit AngelPay Foundation: https://AngelPayHQ.org

© Copyright 2019 Unofficial site of Cozy Nail & Spa
All rights reserved. This site is in no way affiliated with or endorsed by Cozy Nail & Spa. It exists as a compendium of supporting information intended for informational purposes only.

If you want to buy this website, please don't hesitate to contact us via e-mail: domain (dot) sales (dot) org @ gmail (dot) com